In the construction industry, managers can become disconnected from what’s happening on-site — particularly when dealing with pandemic-related disruptions. Among the top hurdles are staying on top of costs, communicating with all stakeholders, and assessing risk related to aspects like contractor billing and performance. The disconnect can lead to delays and unanticipated expenses. One study found that 85% of construction projects over the course of a 70-year period experienced cost overruns and just 25% came close to their original deadlines.

The enormous addressable market — $1.3 trillion in the U.S. alone — continues to attract entrepreneurs like Roy Danon, who co-founded construction tech startup Buildots in 2018 with Aviv Leibovici and Yakir Sudry. Graduates of the Israel Defense Forces (IDF), the founders created a platform that leverages AI and hardhat-mounted 360-degree cameras to capture images of ongoing construction projects during site inspections.

Buildots today announced that it raised $60 million in a Series C round co-led by Viola Growth and Eyal Ofer’s O.G. Tech with participation from TLV Partners, Lightspeed Venture Partners, Future Energy Ventures, and Maor Investments. Danon says that the new capital, which brings Buildots’ total raised to $106 million, will be put toward product development and expanding the Buildots team, particularly in Europe and North America.

“The construction industry has been going through major transformation over the past few years,” Danon told TechCrunch in an email interview. “Drivers of this change include rising demand for new commercial and residential projects, increasing complexity of these projects, and manpower shortage. Traditionally, contractors have suffered from low profit margins, but Buildots’ solution is leading the charge to connect data to decision-making so that they can maximize revenue.”

The seed of the idea for Buildots came in 2017, ten years after Danon, Leibovici, and Sudry met in the IDF’s elite Talpiot unit. Without prior experience in or knowledge of the construction industry, the trio spent six months researching projects to better understand the challenges that construction companies and contractors face. 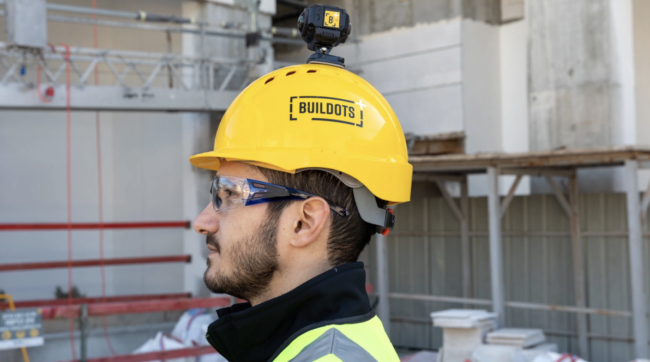 Buildots analyzes project schedules, designs, and other data to generate a model of an active construction site. When workers equip their hardhats with a compatible 360-degree camera and upload the footage to Buildots, the platform automatically compares features of the site — e.g., pipes under a kitchen sink — to the model to gauge progress, automatically blurring out people in the footage for compliance purposes.

“Having operated in numerous and diverse regions, including North America, Europe, Asia-Pacific, and the Middle East, we have collected varied datasets that allow us to create extremely robust AI models,” Danon said. “For example, when a solution looks at hundreds of millions of sockets, it gets really good at recognizing issues and flagging mistakes. While most items look similar between construction sites, there’s always that one client that decides to put a pink cubicle toilet that challenges our models at first glance.”

“Increasing visibility helps decision-makers reduce risk, improve cash flow, and save significant time,” Danon added. “[This gives] them the confidence to know their projects are being carried out as planned and in the most efficient way possible.”

Of course, Buildots isn’t the only company applying AI in the construction domain. Others include BeamUp, which is developing an AI-powered building design platform, and Versatile, which — like Buildots — captures and analyzes data across the construction site to provide a picture of construction progress.

Construction tech is a lucrative pursuit right now, thanks to the wider industry boom. In 2021, investment in construction startups reached a record $4.5 billion, triple the amount of money invested in 2020, according to Cemex Ventures.

When asked about traction and future plans, Danon said that Buildots’ revenue grew “tenfold” over the course of 2021 as the company’s customer base expanded to “dozens” of contractors. 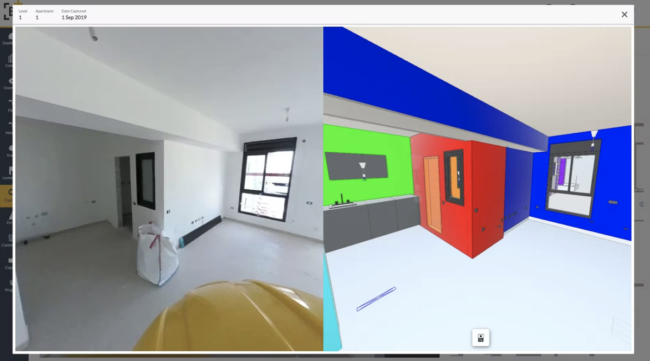 “There are certainly companies trying to make construction more efficient. Examples include Avvir and Doxel in the U.S. and Disperse in the U.K. However, when it comes to syncing decision makers with data from building sites, Buildots does this with more depth and accuracy than anyone else,” Danon said. “Buildots has more than doubled the size of its team over the past year and recently surpassed the 200 mark. The new funding will be used to expand our R&D, sales, and marketing [organizations]. We expect to be 300 strong by the end of 2022.”

When contacted for comment, Viola Growth general partner Natalie Growth said: “With top-notch technology and a superb team, Buildots offers immense potential in terms of efficiency and profitability. We are excited for their continued success capitalizing on this market.”