Energy crisis: Why now is the time to be smart about energy efficiency and clean energy 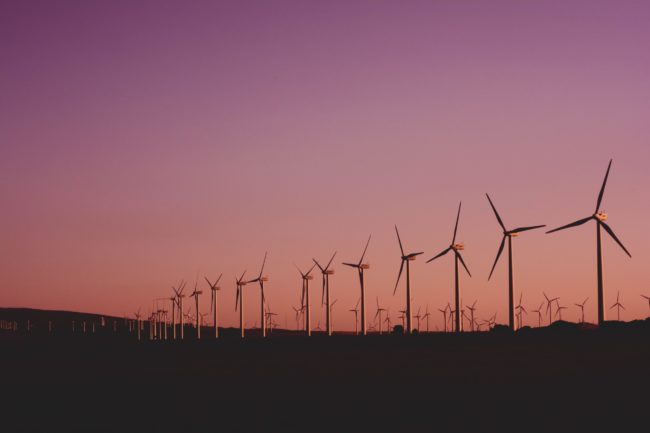 Energy prices across the world are spiking, with the terrible war and hardship in Ukraine prompting fresh sanctions on Russia and accelerating a spike in energy prices that was already taking hold across global markets.

The threat of sanctions and counter-sanctions and an imbalance in demand and supply is causing some radical rethinking of energy policies around the world.

An analysis by Transport & Europe (T&E) estimates that Russia received $104 billion –roughly €88 billion – from oil exports to Europe and the UK. That is around a quarter of a billion euros, every day. For gas, the figure is estimated at $43.4 billion, or €37 billion; €100 million a day.

Ursula von der Leyen, President of the European Union, tweeted in response to the war in Ukraine, “The EU must get rid of its dependency on fossil fuels.” The EU intends to scale down its dependence on Russian oil and gas and has outlined a plan to cut Russian gas imports by two-thirds before the end of 2022. Meanwhile, the UK has announced it will phase out imports of Russian oil by the end of the year.

Renewable energy is fast becoming the ‘energy of freedom’ – a way for countries to take control of their own energy production and consumption and wean themselves off fossil fuels from other countries.

No time for short-sightedness

The impact of sanctions on Russia builds on existing supply pressures for oil and gas, driven by soaring demand as the world emerged from Covid-19 induced lockdowns. It has seen energy prices climb further, pushing countries to broaden their lens to a wider range of options for boosting energy supply. This has included increased investment in new renewable infrastructure, as well as less environmentally positive moves such as increasing coal use and oil and gas production from domestic reserves, in a bid to overcome immediate energy supply issues.

There are also steps being taken to ease planning rules to enable wind and solar energy production to be fast-tracked as a result of the exacerbated energy crisis.

This comes against the background of the IPCC’s (The Intergovernmental Panel on Climate Change) latest report, which found that more than 40% of the world’s population is “highly vulnerable” to climate change, with a closing window to act if we are to keep global warming, currently around 1.1C, from creeping above the 1.5C limit agreed through the UN Paris Accord. If temperatures rise to between 1.7 and 1.8C above pre-industrial levels, then half the human population could be exposed to periods of life-threatening climatic conditions arising from heat and humidity, according to the report.

In short, some of the near-term solutions being explored to address immediate energy shortages and rising prices – such as alternative sources of fossil fuels – come with a devastating and potentially irreversible downside.

What needs to be done?

A perfect storm is brewing. With countries in broad agreement for the need to shift from Russian energy supply, prices for alternative energy production have shot up.

The challenge facing many countries is that expanding alternatives, such as wind and solar, takes time, and investment. And, as the global economy transitions to net zero and high-emitting sectors become electrified, demand for electricity will continue to grow. Last year saw a 6% rise in global electricity demand – the largest in percentage terms since 2010 when the world was recovering from the global financial crisis, according to an International Energy Agency report.

We need more production to keep up with demand, but returning to fossil fuels can no longer be an option. We need long-term, structural change of our energy systems – and fast.

The range of new policy measures that are being fast-tracked and announced globally to speed up the development of renewable energy generation is to be welcomed. We are also seeing a surge in investment and scaling up of new technologies to alleviate demand-side pressures, and this is likely to continue further as energy prices continue to spiral upwards.

End consumers could see their energy bills increase by up to 6-8x the average prices they have been used to. We must therefore use this window of opportunity to utilize energy efficiency solutions that are out there. Using less energy and accelerating the development of both renewable capacity and clean technologies needs to be the major priority of every business and every individual.

Energy will be seen as more than just a utility and will be viewed as a highly valuable commodity.

Climate and social consciousness was already fueling a boom in cleantech investing. Solutions and technologies already existed, but the war in Ukraine has injected a fresh sense of urgency for energy efficiency and storage solutions as households seek to reduce their energy consumption amid exorbitant prices. Price sensitivity may well be the final inflection point that pushes everyone to become more energy conscious.

The technologies that enable consumers to become prosumers, to take control of the energy they use, while boosting efficiency and reducing wastage, are becoming far more compelling as prices continue to rise. What’s more, they can shape a landscape where energy will be abundant, digitally-driven and cheap. Examples include smart charging platforms for electric vehicles (e.g. ev.energy), smart thermostat providers (such as tado), modern heating solutions for homes (thermondo), proptech in commercial buildings (Dabbel) and AI-powered solutions for utilities like Bidgely.

Demand management is as important as increasing the amount of renewable energy we produce by bringing new generation online. It comes back to the need for greater security of supply and freedom through the way we generate and consume power. If energy efficiency systems are enabled and the demand side gets digitized we are on the road to the fully dynamic and decentral energy system of the future.

The impact of positive energy efficient behavior cannot be underestimated. With new technology, such as smart thermostats, consumers will be spurred on to save energy. It is estimated that installing a smart thermostat help individuals save 10-15% of their energy needs. Just think what this saving could be if adopted across the globe.

Buildings in the EU are responsible for 40% of our energy consumption and 36% of greenhouse gas emissions, with roughly 75% of buildings considered to be “energy inefficient”. This demonstrates both the scale of the opportunity and the scale of the challenge ahead of us.

The dreadful events in Ukraine have underlined just how dependent the world still is on fossil fuels – 80% of the world’s energy comes from fossil fuel generation – while new coal-powered generation continues to grow in many countries despite COP26 ruling to ‘wind down’ global coal use.

All of this signals a renewed urgency to invest in renewables and clean technologies. While a key driver for such investments has been the EU’s SFDR (Sustainable Finance Disclosure Regulation), the energy price crisis highlights the breadth of energy infrastructure that will shift towards a fully renewable layout over time. This will put energy efficiency innovators in the spotlight, not just for investors but also for proactively engaging customers. 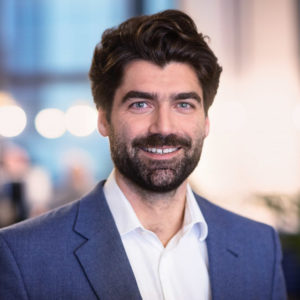 (This article was published in the GTA newsletter)

This site uses cookies in order to best adapt the website to the needs of our visitors. By continuing to browse the site, you agree to the use of cookies. weiter